Municipal and non-hazardous waste is disposed at the landfill Piškornica.

In 1991 Conceptual design for the remediation of landfills with continued disposal through the method of sanitary landfill – Koprivnica was made. During the execution of all works, 5 piezometers were built to continuously monitor the groundwater at landfill.

In March 2001 EIS was accepted. Also, at that time, a Conceptual design of landfills of First Category at the site Piškornica – Koprivnica was made.
During 2004 a location and building permit for landscaping was issued – for repair and regulation of the landfill Piškornica. 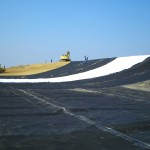 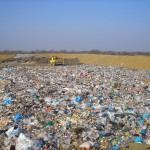 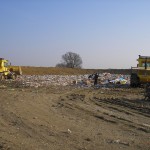 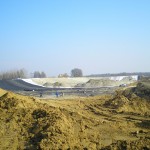 The entire old waste was transferred to the newly renovated surface which a 1m thick layer of clay, HD-PE foils, geotextiles and drainage for leachate.

We are using cookies to give you the best experience on our website. By continuing to use this site you consent to the use of cookies.

This website uses cookies so that we can provide you with the best user experience possible. Cookie information is stored in your browser and performs functions such as recognising you when you return to our website and helping our team to understand which sections of the website you find most interesting and useful.

You can adjust all of your cookie settings by navigating the tabs on the left hand side.

Strictly Necessary Cookie should be enabled at all times so that we can save your preferences for cookie settings.

If you disable this cookie, we will not be able to save your preferences. This means that every time you visit this website you will need to enable or disable cookies again.